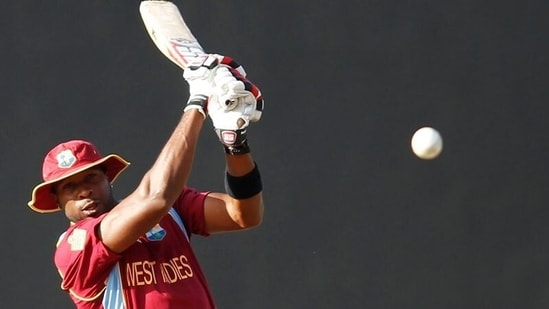 West Indies captain Kieron Pollard on Tuesday slammed the pitch in Barbados after suffering a six-wicket loss in the third ODI against Australia. After winning the toss and opting to bat, the Windies were bundled out for 152 in 45.1 overs with Aussie speedsters wreaking havoc.

In reply, Australia chased down the total in the 31st over with Matthew Wade scoring an unbeaten half-century to see his side through.

Speaking at the post-match presentation ceremony, Pollard said that he would not make excuses but did not refrain from calling the pitch “absolutely ridiculous’.

“Coming here to Barbados, I think both teams struggled on the pitch and I think that’s unacceptable for international cricket,” Pollard said.

“We’re not going to make excuses. We accept that we batted badly but I don’t think the scores that we have gotten in this three-match series, for two top international teams, I think that’s very embarrassing for us as a people. Coming from St Lucia to this, I think it’s absolutely ridiculous,” he added.

With the win, the Aussies clinched the series 2-1. Australia won the first ODI by 133 runs and West Indies came back to take the rescheduled second match by four wickets. The second match was postponed by two days due to COVID-19 protocols but proceeded last Saturday after all team members and staff tested negative to the coronavirus.

Mitchell Starc took 3-43 and Ashton Agar and Adam Zampa two wickets each on Monday. Ashton Turner was 1-23 in eight overs as Australia bowled out the home side with 29 balls remaining.

Agar was named man of the match after taking 2-31 in his 10 overs before contributing 19 not out in a 54-run unbroken fifth-wicket stand with Wade.