‘As long as he is at the crease, batting seems like a breeze’: Chopra names the ‘phenomenal’ batsman of Team India - Fairplay News - Latest sports updates, scores and cricket news.

‘As long as he is at the crease, batting seems like a breeze’: Chopra names the ‘phenomenal’ batsman of Team India 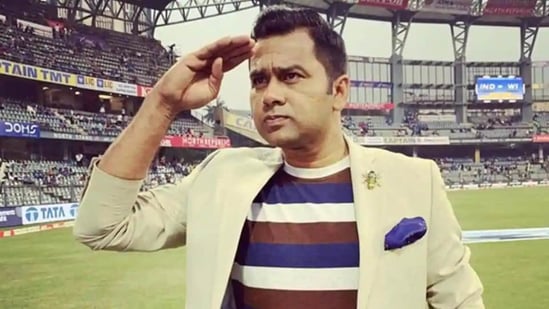 Young opener Prithvi Shaw justified his selection for the Sri Lanka tour with the knocks he played in the ODIs. The Mumbai batsman scored 105 runs in three matches, averaging 35. He showcased fearless batting against the Lankan pace attack and provided good starts. However, the youngster failed to convert those startling starts into fifty or a hundred.

He was unfortunate to have lost his wicket in the 40s twice in the ODI series. He scored 43 off 24 balls in the opening match. In the final game on Friday, he lost his wicket on 49 and looked utterly disappointed while returning to the dressing room.

Prithvi may not have scored big but his form speaks a lot about his hunger of scoring. Former cricketer Aakash Chopra has called him a phenomenal player who needs to convert his starts.

“I like Prithvi Shaw; he is a phenomenal player. He played two good knocks in the first and third ODI. He has been in swashbuckling form, and that’s the only way he knows to bat – going hard at the bowling. The beauty of Prithvi Shaw’s batting is that when he hits the ball, it mostly races through the gaps in the field. As long as he is at the crease, batting seems like a breeze. You feel like applauding his strokes; Prithvi Shaw is that kind of a player,” Chopra said.

“But Prithvi Shaw will be upset with one aspect of his game. He got good starts in two of the three matches. In the first match, India were not chasing a big total, and Prithvi Shaw had enough time to play a long innings. In the third ODI, India batted first, and he again had time on his hands to build a big score. There was no pressure as such both times, yet Prithvi Shaw fell before crossing the half-century mark,” he added.

The cricketer-turned-commentator asserted that there is nothing wrong in Prithvi’s batting technique. All he needs is to create an impact by scoring bigger.

“Playing blazing and audacious strokes looks great out in the middle. At the end of the day though, the youngster needs to remember that batsmen who score 100-150 make a bigger impact in the game, and selectors find it difficult to ignore such performances. Prithvi Shaw was a positive no doubt, but he needs to work on converting starts,” Chopra said.

Prithvi will now eye the 3-match T20I series which begins from Sunday in Colombo. The hosts won the final ODI by 3 wickets to avoid a series whitewash, handing India a 2-1 series win.