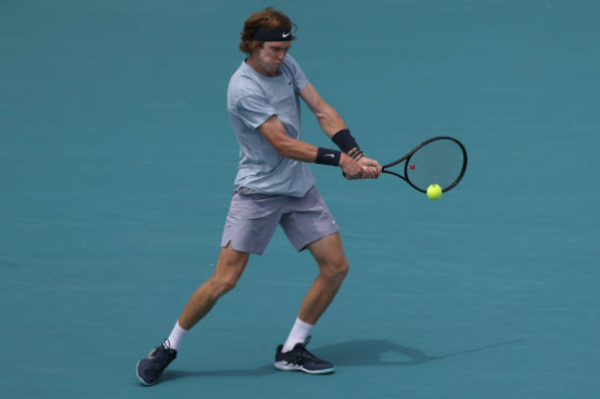 Andrey Rublev has made light work of Tennys Sandgren and Marton Fucsovics to begin his week at the ATP Miami Open in formidable style. The American and the Hungarian managed just six games between them, with the fourth-seeded Rublev routing both in short order. He may face more resistance up against Marin Cilic, however, with the Croatian enjoying his best run on the ATP Tour in some time thanks to victories over Federico Coria, Cristian Garin and Lorenzo Musetti.

That said, although Cilic at his best could expect to match Rublev, the former-world #3 still bears no more than a passing resemblance to the player that stormed to the US Open title in 2014. His serve may give him a chance to stay with Rublev, but he will need to improve significantly on the 51% first-serve percentage he mustered against Musetti. And, even if he does, Rublev’s bruising groundstrokes look likely to cause Cilic all manner of problems.