‘Cricket is ordinary & the coverage average’: Sunil Gavaskar weighs in on The Hundred 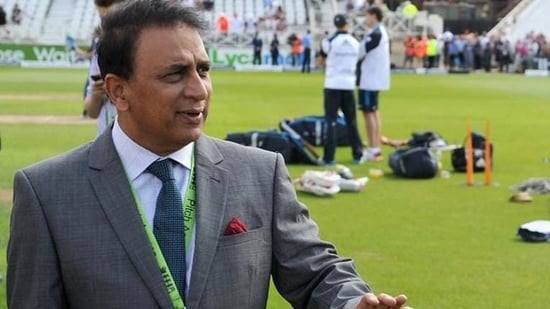 Cricket’s all new avatar, ‘The Hundred’, is currently underway in England as 8 franchises battle it out for supremacy. The competition is being played simultaneously among both men’s and women’s teams.

Several top Indian women cricketers have been in action in the tournament, with young batsman  Jemimah Rodrigues playing an eye-catching innings in one of the matches.

England has served as the cradle for all three formats of the international game as it is the country where Test cricket, one-day internationals and even T20 cricket originated.

While T20 cricket officially started in England in 2003 as the T20 Blast became the first professional Twenty20 tournament in the world, it has been surpassed in terms of popularity by other franchise based leagues like the Indian Premier League (IPL) and the Big Bash League (BBL) in Australia.

Unlike the other countries where T20 leagues are contested between franchises, the T20 Blast is still played among the traditional county sides. Hence, the introduction of ‘The Hundred’, which is being seen as the ECB’s attempt to launch a popular franchise based league.

While there have been some entertaining encounters, the league hasn’t managed to impress a legend of Indian cricket. Former Indian captain Sunil Gavaskar, who is in England to commentate on the upcoming five-match Test series between India and England, weighed in on ‘The Hundred’ and its coverage.

“Having seen it on the only word that comes to mind is insipid. The cricket is ordinary and the coverage average with basic mistakes in player information which, if made in the sub-continent, would have been mocked at especially by the former England players, not to speak of the headlines that the tabloids would have generated.

“The former players are raving about the crowds but here too as yet the fierce loyalty of the franchise fans is not seen. Maybe, the experience at the ground is different but as far as first impressions go, it’s not been a great one,” Gavaskar wrote.

Gavaskar though didn’t rule out the possibility of the cricket-loving public warming up to the format in the days to come, but made an important point about how it had not got the start that a tournament like IPL did in 2008.

“Unlike the IPL, which was given a vertical take-off by Brendon McCullum’s incredible innings in the very first match, The Hundred hadn’t quite got that and so may take a little more time to get the hearts of the spectators,” he wrote.

India vs England - 'Will be surprised if he has a big impact on series': Hogg on star India opener