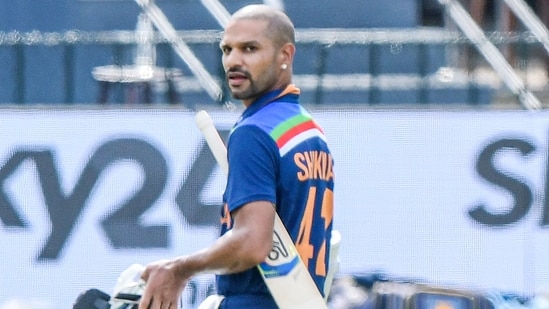 India may have pocketed the ODI series 2-1, but ahead of a fresh T20I series that starts on Sunday, Shikhar Dhawan is not leaving anything to chance. The India captain has made it clear that his team will field their best XI, which means there will be no room for too many surprises for the first T20I.

reports that Prithvi Shaw and Suryakumar Yadav have been asked to fly to England and join the Test team in the UK, it will be interesting to see whether the two batsmen take part. If not, it could pave the way for Devdutt Padikkal’s India debut and perhaps two wicketkeepers in Ishan Kishan and Sanju Samson playing. Having said that, Dhawan is not willing to change things too much, at least not before India ensure the series is theirs.

“We have to win the series. In the last ODI, there was a good opportunity to give some youngsters a chance and give them a taste of international cricket, because we had already won the series. We’ll of course go in with our best XI first. We’ll try to win the first two matches, and then according to the situation, we can experiment in the last game, if needed,” Dhawan  said on the eve of the match.

“If we win two matches, then we have options to play any combination we want to. Otherwise, our main goal is to play the best XI to win the series. That’s our first priority. After that, if we can seal it like we did in the ODIs, we can think of experimenting.”

After losing the first ODI comprehensively, Sri Lanka bounced back in the next two matches, almost handing India a defeat in the second ODI before claiming a consolation win on Friday. With the hosts showing good fight against India in the final two ODIs, Dhawan feels competition between the two teams is shaping up well and youngsters, who have responded well to the challenge so far, would be keen to continue doing so.

“Of course, they are ready, that’s why they are here. As you saw, youngsters have performed so well in the ODI series, so they’ll be taking that confidence ahead in the T20I series. You will see them perform really well. As a team, we have created an amazing environment over here. Really looking forward to doing well as a team. Not just the youngsters, even the senior players are looking forward to it,” Dhawan said.

‘As long as he is at the crease, batting seems like a breeze’: Chopra names the ‘phenomenal’ batsman of Team India