England players mull Ashes pullout if families not allowed to travel, to hold discussion with ECB 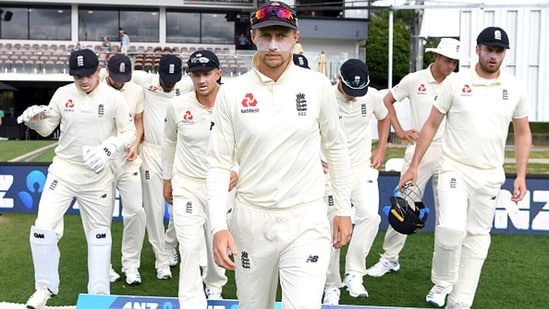 Members of the England cricket team are expected to hold discussion with the England and Wales Cricket Board sometime this week to discuss the possibility of their families travelling with the team to Australia for the Ashes, starting December 8 this year. As per a report in the, certain players are considering the option of opting out of the big-ticket tournament if the families are not allowed to travel Down Under.

Australia has strict Covid-19 protocols in place, and those players, who would also be travelling to the UAE and Oman for the T20 World Cup before travelling to Australia, face the possibility of being away from home for almost four months. The players are believed to leave the UK around September 18, and with the final Ashes Test concluding on January 18 at Perth, it would be a really long time before they could re-unite with their families.

What complicates the situation further is that several parts of Australia are under lockdown and although there is time between now and the Ashes, there is no guarantee of relaxation of Covid protocols. The five venues that would host the matches are Brisbane, Adelaide, Melbourne, Sydney and Perth, with all five states having their own set of rules.

Last month, Cricket Australia had announced that a solution could be worked out as the series is still a few months away, and an official update from the ECB, Cricket Australia and the government of Australia is expected to be out in August. “It’s only June and England are not due to arrive until November,” a CA spokeswoman told the Sydney Morning Herald. “We’ll be going through the same process we did with India last summer.”

Former England captains Michael Vaughan and Kevin Pietersen understood the complexity of the bio-bubble as the two played down the possibility of English players not being allowed to travel with their families. Vaughan, in fact, stated that the Ashes should be called off entirely if that is the case.

“Read reports today that England cricketers may not be able to have family members with them down under this winter… Quite simply if they can’t they should call the Ashes off… 4 months away from your family is totally unacceptable… Ashes,” Vaughan had written on his handle.

Pietersen on the other hand said that he would in fact back the players’ decision to back off from the tournament if some of them decide to go with it. “Any ENG player that pulls out of this Ashes, if they seriously can’t see their families for FOUR MONTHS, has my full backing. Families are the most important part of a players make up. And even more so in the current climate! FOUR MONTHS with no family on Ashes Tour?,” he had.

'Time off from Tests has helped': KL Rahul ready for red-ball return in England series