Everyone was in quarantine for a long time: Dhawan reveals why India fielded five debutants in third ODI against SL - Fairplay News - Latest sports updates, scores and cricket news.

Everyone was in quarantine for a long time: Dhawan reveals why India fielded five debutants in third ODI against SL 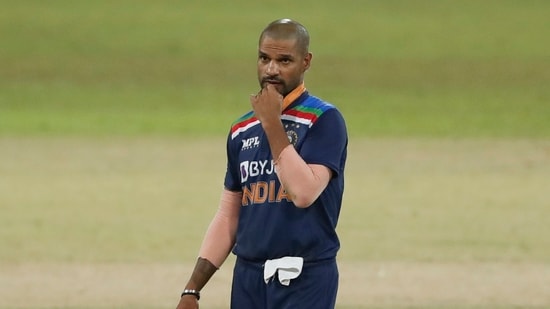 Captain Shikhar Dhawan rued losing too many wickets and the inability to get a good partnership going for his team as India lost the final ODI to Sri Lanka by three wickets. Opting to bat, India started off well, reaching 147/3 before rain interrupted play. But after a 90-minute break, when the match resumed, their batsmen fell to the spine of Praveen Jayawickrama and Akila Dananjaya, losing six wickets for 68 runs.

“It didn’t go our way. We tried some new players. We got a good start but again we lost too many wickets in the middle overs. We were 50 runs short in the end,” Dhawan said at the end of the match.

India handed debuts to five youngsters as Sanju Samson, Nitish Rana, Rahul Chahar, Krishnappa Gowtham and Chetan Sakariya received their ODI caps. With the series already in the bag, it was expected that India would make a few changes but perhaps nobody expected six changes including five debutants. Dhawan explained the reason behind it.

“I am glad the players made their debut because everyone was in quarantine for such a long time, and we had this chance because we sealed the series in the last game,” he added.

As a beaming Dhawan collected the trophy, he credited India for the fight they put up. From 151/2, India restricted Sri Lanka to 220/7 and were once again in line to pull a rabbit out of the hat. Chahar picked up 3/54 and Sakariya impressed with 2/34 but it wasn’t enough for India to pull through this one. Nonetheless, Dhawan was pleased with the efforts of his players and mentioned that the guys are eager for the three T20Is starting Sunday.

“I always analyze where I can improve and get better in strategies. Looking forward to the T20 series. Of course, we were positive that we could defend the target but we knew that we were short. The boys gave a good fight and it was interesting in the end. We always have to keep learning,” the India captain pointed out.