Federer, Nadal, or Djokovic: Who will Break the Tie? 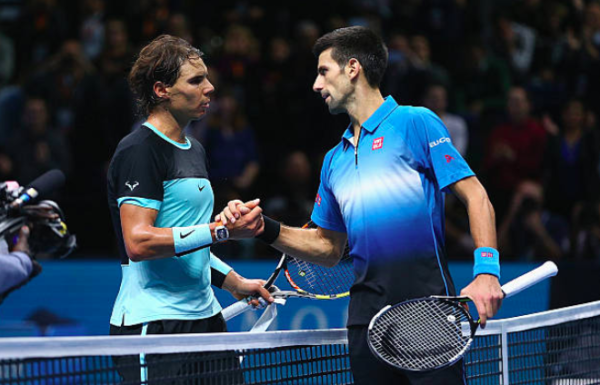 Only three or four years ago, it was not easy to dismiss Federer’s prospects at a Slam. But one of the three most successful men at the Arthur Ashe Stadium now has an outside chance of leaving Pete Sampras and Jimmy Connors behind to become the sole owner of the record for most US Open titles in the Open Era (they have all won five). Federer has a daunting task ahead if he is to add one more to the tally of 20 slams. His quarterfinal exit at Wimbledon may not be the last he will ever play at a Slam, but he certainly continues to grapple with his fitness and form.

Dominic Thiem doubtful due to injury

Meanwhile, reigning champion Dominic Thiem is going through a bleak phase this year. In addition to poor form through the first half of 2021, the Austrian suffered a major setback when he was forced to retire from the French Open with a wrist injury. He is unlikely to recover in time for the US Open.

Will Novak Djokovic or Rafael Nadal get to 21 First?

So, who will take the US Open crown in 2021? For the first time ever, the “Big 3” are tied at 20 slams apiece. This also marks the first time since 1978 that three or more men are tied for the most Slam titles. The last time this happened Rod Laver, Bjorn Borg, Jimmy Connors, and John Newcombe were all tied at five Slams apiece, the most (Open Era Major winners) at the time.

The three masters of distinct yet brilliant playing styles were separated unfairly by a statistical divide for much of the 15 years of tennis between them. With that wall having crumbled down now, there is an air of fresh anticipation and absolute awe surrounding the trio. And yet, the same monumental statistic also serves as a reminder of the possible precipice that the sport stares at. What promising talents can salvage tennis from a new era of mediocrity when the three legends have drifted away?

Now, with Nadal and Djokovic still at the peak of their careers, it is not easy to imagine one of the younger players denying them a few more Majors. The two great athletes have such a huge appetite for winning in the longer version of the sport. Despite the fact that several “NextGen” players are in commanding form and coming off impressive performances through the first half of 2021, the two stalwarts of the sport, Rafael Nadal and Novak Dokovic, still remain overwhelming favorites to walk away with the US Open and break the three-way tie in so doing. Unlike the eldest of the three, the Spaniard and the Serb still have some years of elite tennis left between them, before time eventually runs out on them too.