‘Find a place for this talent in top 11’: Yuvraj Singh in awe of swashbuckling Indian batsman 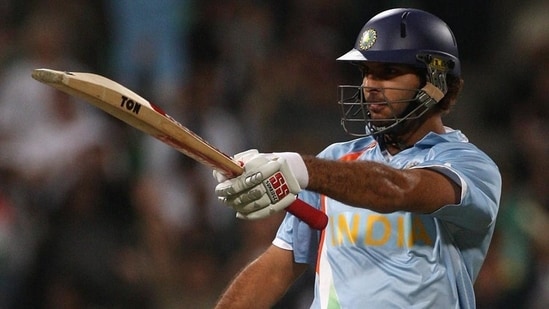 After seeing Suryakumar Yadav’s impactful innings in the second ODI against Sri Lanka in Colombo, which India won by three wickets to seal the series, former India all-rounder Yuvraj Singh said the team management will have to find a place for Suryakumar in the XI even when the first-choice cricketers return.

Suryakumar Yadav has been knocking on the doors of international cricket for the last three years with consistent performances in the IPL and also in domestic white-ball competitions. The doors finally opened in the home series against England when the right-hander was handed his T20I debut. He repaid the faith with a swashbuckling fifty in the first opportunity that he got with the bat but had to warm the benches during the ODI series.

When the BCCI decided that two separate Indian teams will be prepared for the Test series in England and the limited-overs series in Sri Lanka, it was certain that Suryakumar would get his dues even in ODIs.

The Mumbai right-hander scored an unbeaten 20-ball 31 in the first game but his talent was on full display in the second match.

Coming in to bat at No.5, Suryakumar scored 53 off just 40 balls with six boundaries. His strokeplay, ability to hit the gaps and keep the boundaries coming on a regular basis impressed Yuvraj Singh.

“Wow ! Even some of our bench strength is good enough to beat an international side !! What a win lads deepak_chahar9 you can bat surya_14kumar got a find a place for this talent in top 11 ! congratulations skipper SDhawan25 rahuldravid and the whole team,” Yuvraj.

Suryakumar was looking set for a big one when he misread a Lakshan Sandakan delivery to get trapped in front.

India’s hopes of winning the match seemed to have faded away when they were reduced to 193 for 7 in the 276-run chase. But bowlers Deepak Chahar (69*) and Bhuvneshwar Kumar (19*) stitched an unbroken 84-run stand for the 8th wicket to take India to victory with five balls to spare.

With the series already decided, Suryakumar will get another opportunity to showcase his talent in the third and final ODI against Sri Lanka at the same venue on Friday.

Give Sachin Tendulkar credit and stop comparing him to Virat Kohli': Shoaib Akhtar