‘He batted in top 3 all his life, but came at No. 7 on debut’: Chopra surprised with India youngster’s batting position - Fairplay News - Latest sports updates, scores and cricket news.

‘He batted in top 3 all his life, but came at No. 7 on debut’: Chopra surprised with India youngster’s batting position 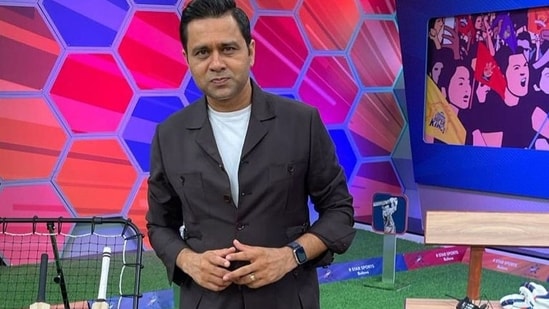 Batsman Nitish Rana was handed his ODI debut cap on Thursday for the third and the final ODI against Sri Lanka at R Premadasa Stadium in Colombo. However, the 27-year-old, who is known to be a top-order batsman, ame to bat at No.7 in his first-ever international game.

Unfortunately, the Delhi cricketer couldn’t do much as he managed to score 7 runs off 14 balls before losing his wicket to Akila Dananjaya in the 33rd over.

Former India opener Aakash Chopra was a bit surprised with Rana’s batting position. In his latest YouTube video, the cricketer-turned-commentator opined that visitors displayed a sense of ‘complacency’ by making wholesale changes in the team.

“India made six changes, included five debutants and changed the entire bowling line-up. Not a single bowler from the previous game played in the third ODI. Also in the batting, India gave a chance to Nitish Rana but he batted at No. 7 on debut. Here is a player who has batted in the Top 3 all his life – whether IPL, Delhi or List A cricket,” Chopra said.

“When you make six changes to your team, complacency is the mindset. It seemed Team India took Sri Lanka a bit lightly in the third ODI, having already won the series. Although the match was important for the debutants, collectively the group seemed to believe that ‘we will win the game easily as Sri Lanka are a weak side.’ But there is a lesson for Team India in the defeat – do not take any opponent lightly,” he added.

Shikhar Dhawan-led Team India on Friday handed debut caps to five players for the third and the final ODI against Sri Lanka. Despite making a total of six changes in the team, the visitors struggled against the host bowling attack, getting bowled out for a paltry 225 in 47 overs.

In reply, the Lankan batters took the game home with three wickets in hands, riding on a solid 109-run 2nd-wicket stand between Avishka Fernando and Bhanuka Rajapaksa.