'He is going to have few issues': Hogg says he will be surprised if experienced India batter has 'big impact' in England - Fairplay News - Latest sports updates, scores and cricket news.

‘He is going to have few issues’: Hogg says he will be surprised if experienced India batter has ‘big impact’ in England 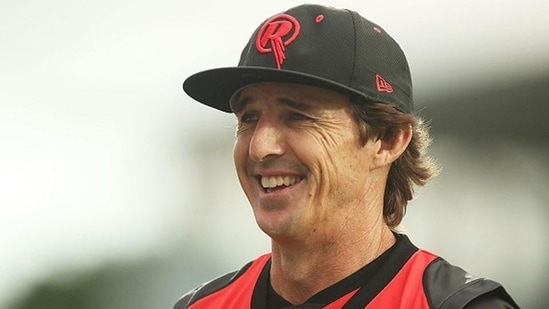 India will look to start their second World Test Championship campaign on a positive note as they take on England in a five-match Test series that kicks off on August 8. The Indian batters disappointed in the inaugural WTC final against New Zealand. Not even a single Indian batter could score a half-century in the crucial match in Southampton. Now, they would look to turn around their performance in the Test series against England.

A lot will depend on opening batsman Rohit Sharma as India will need his experience and guile against the likes  James Anderson and Stuart Broad The India batter has been a splendid performer at home but has struggled to score big in overseas conditions. ‘Hitman’ would look to change the statistics this year as India hope to win their first Test series in England since 2008.

However, former Australia spinner Brad Hogg believes that Rohit might struggle England as faces Anderson and Co. with the Duke Ball. Hogg pointed out Rohit’s poor overseas record in Test matches as said that he will be surprised if the batter has a ‘big impact in this series.’

“He Rohit Sharma is in India, he averages 79 (in Tests). But when he goes away, he only averages 27. Then we go to England, it even gets worse – it’s just 24. I think he is going to have a few issues against the likes of Broad and Anderson, especially opening the batting against the Duke ball. I will be very surprised if he has a big impact in this series.”

“We all know how good he (Rohit) is and this has been one of the kryptonite in his game at Test level, performing away from India. England probably for an Indian batsman, has the hardest conditions to adjust to. He has had plenty of time over there so if he is going to do it, it has got to be this time. I think this will define him as a Test cricketer,” Brad Hogg signed off.

India will England in the first Test on August 8 at the Trent Bridge Cricket Ground in Nottingham.