'I want to meet that genius who is organising tours of Zimbabwe': Wasim Akram reacts to Pakistan's string of defeats - Fairplay News - Latest sports updates, scores and cricket news.

‘I want to meet that genius who is organising tours of Zimbabwe’: Wasim Akram reacts to Pakistan’s string of defeats 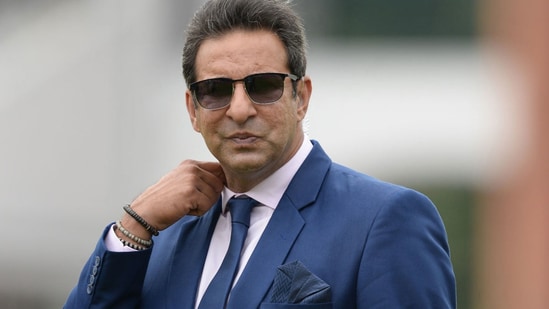 Former captain Wasim Akram has reacted strongly to Pakistan’s recent series loss to England, saying the real blame needs to be given to organisers, who are frequently designing tour of countries like Zimbabwe. Pakistan were drubbed 0-3 to a second-string England team in the ODIs, before losing the T20Is 1-2, and last month, although they won the Test and T20Is series in Harare, the team was dealt a shock 19-run loss that got the cricket world talking.

Akram urged the management to look at India, who currently have two different teams in two different corners of the world, and reckons that although such tours are important, Pakistan need to play against tougher opponents more often to play better at the international level.

“I want to meet that genius who is organising tours of Zimbabwe. I want to offer him extra praise and say ‘well done, you’ve done a great job’. It is not going to benefit us. It will only be helpful for them. Once in four years, I’m ok with that. If you compare with India. Their one team is in Sri Lanka, another is in England. And they can raise another team. They improved their system 10 years ago. They invested money, brought in professionals,” Akram said.

Akram, currently part of the Cricket Committee, requested people to stop recommending players to him. The former fast bowler joined the committee back in 2018 along with six more former cricketers to oversee the overall state of Pakistan cricket.

“Dear Pakistanis, please… I’m talking about the educated guys. Stop calling. Stop recommendations. This is the 21st century. Before selection, I get calls, ‘pick this player, pick that player.’ It’s a different thing if you want someone to have a look at a player, but to ask to pick that person is embarrassing,” Akram added.