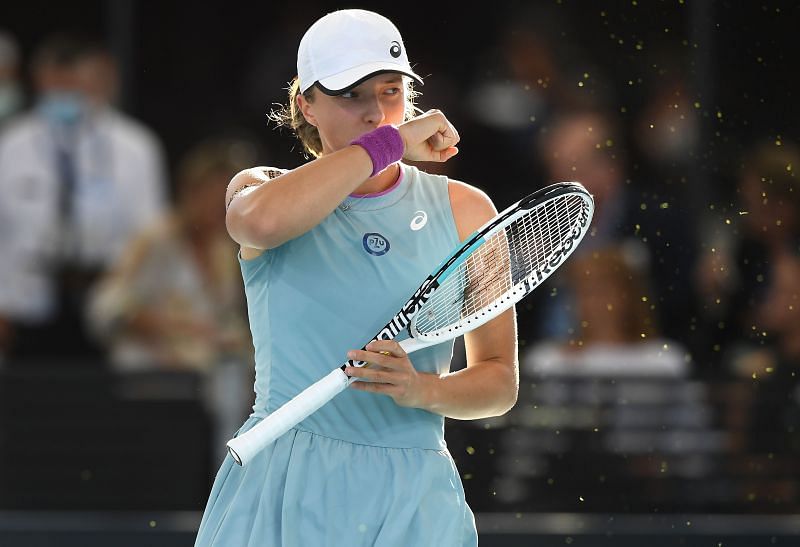 Two of the season’s in-form players, Iga Swiatek and Paula Badosa, will lock horns in a blockbuster second-round clash at the  2021 Tokyo Olympics on Monday.

Swiatek made a strong start to her Olympic campaign with a 6-2, 6-2 win over Germany’s Mona Barthel. The Pole, who won gold in the girls’ doubles discipline at the 2018 Youth Olympics, is one of the favorites to secure a medal in Tokyo.

But to keep her hopes of a podium finish alive, Swiatek will have to find a way past the tenacious Badosa.

Badosa’s stellar run this year has seen her pick up her first WTA title in Belgrade and advance to the second week at the last two Grand Slams. She has also scored big wins over the likes of Ashleigh Barty and Belinda Bencic on the way.

In her opening match in Tokyo, the Spaniard overcame a slow start to defeat Kristina Mladenovic in three sets. She will enter this second-round contest brimming with confidence.

This will be the first career meeting between Iga Swiatek and Paula Badosa, so their current head-to-head stands at a 0-0 deadlock.

Iga Swiatek will enter this contest as the favorite on paper, but the Pole needs to be wary of the threat Paula Badosa poses. The Spaniard is an aggressive baseliner whose consistent hitting has caused problems for quite a few big names this year.

Swiatek is also an aggressive player from the back of the court. She likes to dictate proceedings from the baseline with her strong serve and powerful groundstrokes.

The Pole, however, isn’t very comfortable when put under pressure and she tends to lose her shape when rushed into her shots. Badosa will have to try and take advantage of that. If she can stay with Swiatek in the baseline rallies, she should have a good chance of pulling off the upset.

For Swiatek, the key will be to keep the points short. Engaging in long rallies will only play into Badosa’s hands. This match could be decided by fine margins, and we expect the Spaniard to eke out the win.