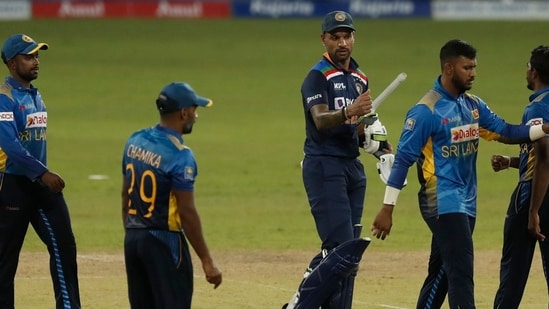 During the 1st ODI between India and Sri Lanka at Colombo on Sunday, commentators were having a discussion about the head-to-head record between the two teams. It is no secret that India have a far superior record against the Lankans, leading the equation 92-56 after winning the first match of the series.

But there was a time in the mid to late 1990s when Sri Lanka were ODI world champions of the world and were close to unbeatable in the format. The likes of Sanatha Jayasuriya, Aravinda de Silva, Muttiah Muralitharan and Chaminda Vaas had turned them into a world beating outfit and India suffered at their hands during that phase. Commentator Roshan Abeysinghe was reminiscing those great days in commentary but he was given a reality check by Murali Kartik, who pointed at India’s overall record against the Lankans.

Victory in the 2nd ODI will give India their 9th consecutive bilateral ODI series win over the Sri Lankans, which will be the tied most for a team against another in the 50-over format.

Pakistan holds the overall record, having completed their 11th bilateral ODI series win over Zimbabwe earlier this year. India has won 10 series on the trot against West Indies and this will be their 9th against the Lankans, a trend that started in 2007, at a time when the likes of Kumar Sangakkara, Mahela Jayawardene and Lasith Malinga were still in their prime.

Dasun Shanaka’s team has a tough job ahead of them as they look to stay in the series and somehow try and overturn the deficit and come roaring back into the series. It is not impossible but it will take a huge team effort.

India 'top team', we knew they would attack us Sri Lanka's Chamika Karunaratne