India ‘top team’, we knew they would attack us Sri Lanka’s Chamika Karunaratne 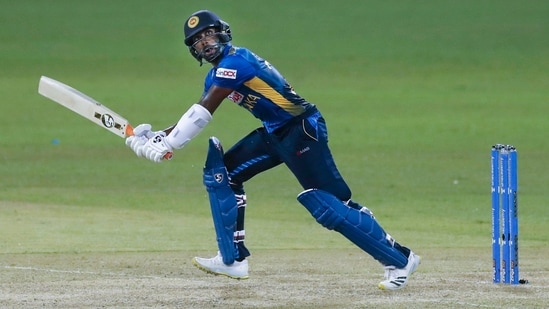 Sri Lanka batsman Chamika Karunaratne has said that he knew India would attack his side in the ODI series as the Shikhar Dhawan-led outfit is a top team.

Shikhar Dhawan (86*) and Ishan Kishan (59) starred with the bat as India defeated Sri Lanka by seven wickets in the first ODI here at the R Premadasa Stadium on Sunday. With this win, India has gained a 1-0 lead in the three-match series. The second ODI will now be played on Tuesday.

“We tried to get wickets rather than bowl dot balls. We tried to use our bouncers and our pace. They are a top team and we knew they would attack us. If we’d taken wickets we would have been able to pull them back. We were able to get one in the powerplay, and if we’d had another one or two in the powerplay we would have been able to change the game a little bit,” said during a virtual post-match press conference.

“A lot of our batsmen got good starts, but a lot of us weren’t able to continue. We were trying to play longer innings, even when I was batting with Dasun Shanaka in the 42nd or 43rd over I asked him if I should go for some big shots, but he told me to wait until the 45th over. If more of our batsmen had been able to bat longer, we could have attacked earlier and gone for a bigger score. We do have the ability to get to 300 or 350, and hopefully, that will happen in the next games,” said Karunaratne.

“This wicket was playing a bit slow, so we did talk during our innings about putting the ball into gaps and running hard a little bit more. But they also bowled really well. They bowled in good areas and their captain managed the field well,” he added.