India vs England - 'Will be surprised if he has a big impact on series': Hogg on star India opener - Fairplay News - Latest sports updates, scores and cricket news.

India vs England – ‘Will be surprised if he has a big impact on series’: Hogg on star India opener 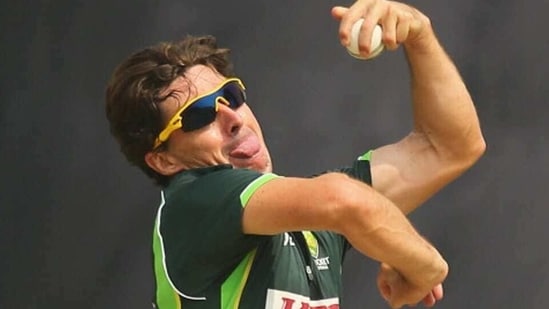 India’s upcoming five-match Test series against England is going to be a litmus test for the batsmen as England has posed one of the toughest challenges for Indian batsmen in recent years. India has not won a series England for 14 years now and they have faced three one-sided series losses over these years.

The 2011 series featured the celebrated previous generation of the likes of Sachin Tendulkar, Rahul Dravid, VVS Laxman, Virender Sehwag and others. While Dravid had a memorable series with several centuries, India were beaten 4-0 by England. The margin of defeat was 3-1 in 2014 with India’s star batsman Virat Kohli failing miserable in that series. The Indians toured again in 2018 and while Kohli vanquished his demons and put the record straight, the team against lost 4-1.

So, this series presents Kohli with a chance to amend his captaincy record in England. For that to happen India’s batsmen need to play a huge role by negating the threat posed by England’s swing and seam bowlers.

India will have a new opening pair, which will be led by Rohit Sharma, who has resurrected his Test career at the top of the order. But his runs have mostly come at home and he is yet to play a substantial knock in away conditions.

Rohit looked good in his two innings against New Zealand in the World Test Championship, but couldn’t score a big one. Former Australia spinner and World Cup winner Brad Hogg was asked about how Rohit would fare on this tour by his fans and he responded to the question on his  channel.

Hogg is concerned about Rohit’s average outside India and of him being set-up by bowlers who bowl the delivery that leaves the right-hander and then trap him LBW by bowling one that comes in sharply.

“If we look at his stats, when he is in India, he averages 79 and he has 7 hundreds and 6 fifties on Indian soil. But when he goes away he only averages 27. He has only had 6 fifties in those 39 innings away from Indian soil. But then you go to England and it gets even worse. He averages only 24 in the four innings he has played there.

“He has been dismissed by Moeen Ali, James Anderson, Kyle Jamieson and Tim Southee. If you look at these bowlers they bowl good swinging deliveries. They would move the ball away from Rohit Sharma and make him chase, chase, chase and then bowl the one that comes in and attack the stumps.

“That is Rohit Sharma’s deficiency and I think he will have some issues against the likes of Anderson and Broad, especially opening the batting against the Duke ball. I will be very surprised if he has a big impact in this series,” Hogg opined.

He further said that his performance in this series will define his career in Test cricket.

“We all know how good he (Rohit) is and this has been one of the kryptonite in his game at Test level, performing away from India. England probably for an Indian batsman, has the hardest conditions to adjust to. He has had plenty of time over there so if he is going to do it, it has got to be this time. I think this will define him as a Test cricketer,” he signed off.