India vs Sri Lanka 1st ODI: ‘Told everyone I will hit first ball for a six’ – Ishan Kishan reveals his strategy on debut 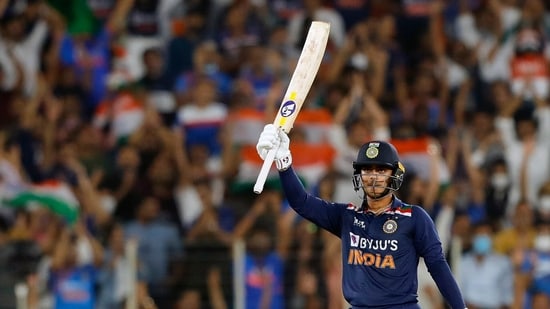 India batsman Ishan Kishan made his ODI debut on Sunday against Sri Lanka at R. Premadasa Stadium in Colombo. The left-handed batsman got off to a sensational start on debut, scoring 59 runs in 42 balls. Kishan became the first India batsman to score fifties on debut in both T20Is and ODIs.

His blistering knock relieved pressure off captain Shikhar Dhawan after Prithvi Shaw’s dismissal. Dhawan went on to register unbeaten-86 runs to help India chase down the total of 263 with 7 wickets in hand.

Kishan’s confident knock was summarised by the fact that despite playing his first ODI, he smashed the first ball he faced in the match for a six. He came to bat in the 6th over after Prithvi Shaw was dismissed, and he struck  Dhananjaya de Silva  for a big one.

Speaking to former India cricketer Ajay Jadeja  after the match on Sony Sports Network, Kishan revealed that he had told everyone he was going to hit first ball for a six.

“Actually, everyone knew it, inside also I had already told everyone that once I go, wherever the first ball is, I will hit it for a six. Because the odds were in my favor – birthday plus a good pitch and I was playing my first ODI and I felt I could target him,” he said.

“The most special thing was that it was my birthday and I was playing my first ODI. Everyone asks for a return gift, so I always wanted to give it by playing a good knock and helping the team win,” he added.

Kishan also revealed that coach Rahul Dravid  had told him before that he would be batting at no. 3 position.

“Dravid Sir had already told me during the practice sessions that I will bat at No.3. So whatever practice I had to do with the new ball, obviously I was doing for a long time. It was not something that we decided during the match, it was decided beforehand,” Kishan said.

“I told him [Dhawan] to just forget all that and just give me the strike. If I am able to hit it, why not continue hitting,” Kishan signed off.

India took a 1-0 lead in the three-match series against Sri Lanka. The 2nd ODI will be played on Tuesday.

'Rahul sir didn't say anything, went with my instincts' Prithvi Shaw on knock against Sri Lanka in 1st ODI