India vs Sri Lanka 2nd T20I: Yuzvendra Chahal one wicket away from achieving a unique feat 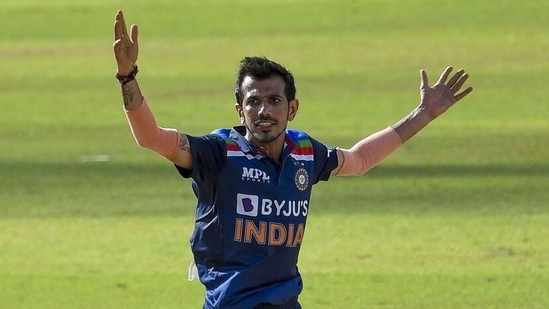 Yuzvendra Chahal has been one of the biggest positives for India so far in the Sri Lanka tour. The leg-spinner is on the verge of achieving a unique feat in the shortest format of the game against Sri Lanka. Team India will take on the hosts in the second match of the 3-match series on Tuesday at the R Premadasa Stadium in Colombo. Chahal will most likely lead India’s spin attack and if he manages to scalp a wicket, he will become the highest wicket-taker against the Lankans in T20Is.

Chahal currently has 15 wickets against Sri Lanka in T20Is from seven innings. He is tied at the first spot with England pacer Chris Jordan, who picked as many wickets in 8 innings. The likes of Dwayne Bravo, former South African spinner Imran Tahir, former Pakistan spinner Saeed Ajmal, ex-Pakistan captain Shahid Afridi and Australian leg-spinner Adam Zampa have 14 scalps each to their credits while playing against the island nation.

Chahal has been pretty effective in the ongoing Sri Lanka tour. He ended the ODIs as the highest wicket-taker of the series with 5 scalps to his credit from 2 matches, averaging 20.40. Earlier on Sunday, he picked up the wicket of Dhananjaya de Silva, handing India an early breakthrough.

As the visitors look to clinch the series on Tuesday in Colombo, Chahal is likely to play a crucial role in the game.

England players mull Ashes pullout if families not allowed to travel, to hold discussion with ECB