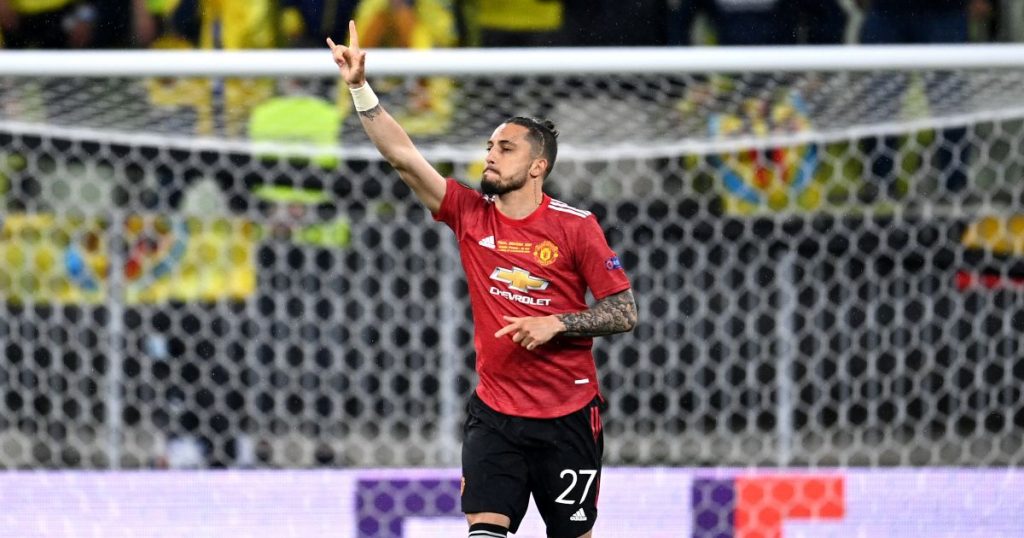 Alex Telles made the switch to Old Trafford from Porto last summer for around £15.4m with the idea that he would provide competition for Luke Shaw.

However, the Brazilian remained in the England international’s shadow for much of the season as Shaw excelled in the best season of his career.

One theory is that the arrival of Telles pushed Shaw to another level but that will be no consolation to the former Galatasaray man, who only managed eight Premier League starts last term.

There had been reports that Jose Mourinho had made an offer to bring Telles to Roma this summer after Italy’s Leonardo Spinazzola ruptured his Achilles at Euro 2020.

however that Man Utd had turned down their loan approach for Telles as the Red Devils only want to discuss a permanent move.

And now Inter Milan are ready to test the water after Calciomercato claims a deal ‘takes shape more and more’ for Telles ‘in the last few hours’.

They describe Telles as being ‘probed by’ Roma too with Man Utd looking for ‘a similar amount’ to the £15.4m they paid Porto if they’re to accept a transfer offer.

Telles spent part of the 2015-16 season on loan at Inter Milan under Roberto Mancini and he fits the bill again with the Brazil international ‘an experienced player at low cost’.

Ivan Perisic is currently on the market at the San Siro and Calciomercato reckon the arrival of Telles would finally push him out the door.

Meanwhile, Telles has claimed he is “really happy” at Old Trafford and wants to show the fans what he can do next season.

“Last season, we came really close to winning trophies, so we go into this next season with a lot of desire and I really want to show my work and my value here at the club.

“I’m really looking forward to the game, I’m going into the game with a lot of desire. I think it’s a really great opportunity for us players who have been here for the last two weeks.

“It’s going to be a tough test but we’re really well prepared for it. We’ve been working really hard in training today, and this last week, and I believe it’s an opportunity to show my value my quality and my potential here at Manchester United.

“I know Manchester United Football Club and the fans really believe in me.”