'It's like asking Jayasuriya to open and score at run-a-ball': Muralitharan on what India should expect from Pandya - Fairplay News - Latest sports updates, scores and cricket news.

‘It’s like asking Jayasuriya to open and score at run-a-ball’: Muralitharan on what India should expect from Pandya 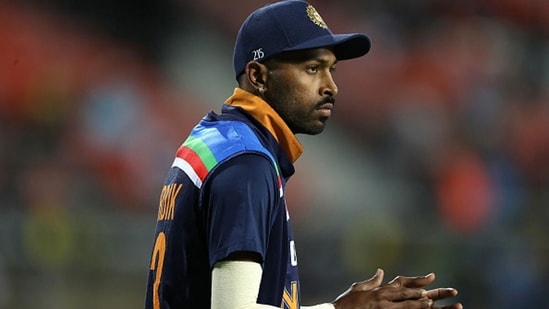 Sri Lankan legend Muttiah Muralitharan has backed Hardik Pandya despite his lackluster performance in the three-match ODI series, saying the India all-rounder’s caliber is such that had he been the captain of a team, Pandya would have definitely made it to his XI.

Calling Pandya a special player, Muralitharan feels that he may not be a 100 percent yet with the ball since he’s only beginning to return to bowling in international cricket, but reckons the India all-rounder is an asset with both bat and ball given his variety and what he brings to the table.

Hardik Pandya  is a special player. If I was captain, I would have him in any team in the world – an IPL team, Australian team… any team in the world. Because he has got the ability to bowl at 140 clicks and he can adjust and also bowl slower. Because of the injury, I feel he couldn’t do much,” Muralitharan said.

“Secondly, his batting is also special. We can’t accept him to play like Nitish Rana, or Suryakumar Yadav… stay long and get runs. He is a short-period batsman who would bamboozle you with a 40-ball hundred. That’s the expectation I would have from him.”

Muralitharan weighed in on Pandya’s role, explaining how India should not expect him to play through the innings like their other top-order batsman. In fact, the former off-spinner reckons that the ideal role for Hardik to be of a hitter down the order who can strike lusty blows and provide the team some impetus towards the end.

“He might get out in the first two overs but if he clicks for 20-30 balls, he would score 50 runs. So that is the expectation from Hardik Pandya. If you make him play 70 balls and expect 90 runs, he would not be the same player,” Muralitharan added.

“It’s like asking Jayasuriya to open and score at run a ball. He won’t be successful. These players can play No. 7 and 8 anytime. Put him in and let him play his own game.”

They point out to Sehwag and Richards’: Former Pak captain on how Prithvi Shaw can improve consistency