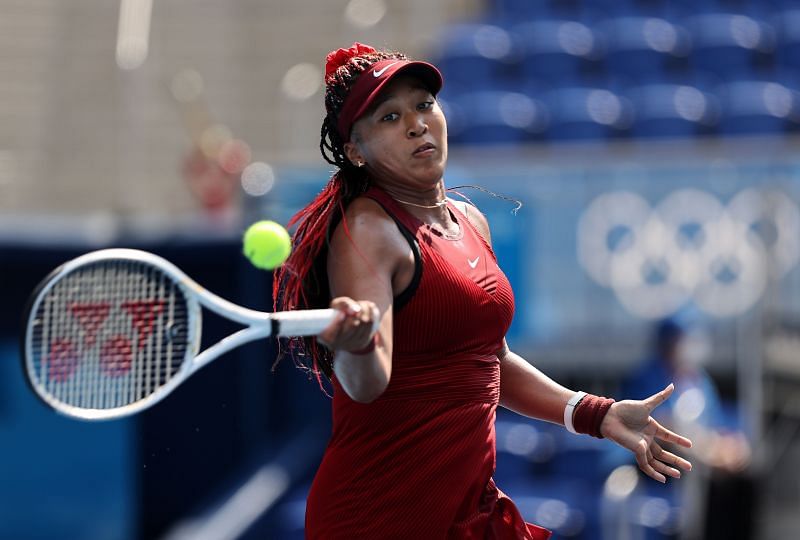 World No. 2Naomi Osaka will continue her quest for an Olympic medal when she takes on 50th-ranked Viktorija Golubic of Switzerland in the second round in Tokyo.

Osaka returned to action on Sunday following a near-two-month hiatus from the tour. The four-time Grand Slam champion showed no sign of rust, needing just an hour and 27 minutes to show the door to China’s World No. 52 Zheng Saisai in the first round.

After her win, Osaka admitted the break from tennis had done her a world of good and that she was now feelinghappy and refreshed. Osaka’s second-round opponent, Viktorija Golubic, meanwhile, is enjoying the best season of her career. The Swiss has a whopping 44-13 win-loss record for the year and reached her maiden Grand Slam quarterfinals at the Wimbledon Championships earlier this month.

Golubic has also reached three finals this year, losing two and winning one, at St. Malo.

The 28-year-old is clearly brimming with confidence, and that showed in her first-round win over the fast-rising Maria Camilia Osorio Serrano on Saturday as she dispatched the Colombian teen 6-4, 6-1.
Naomi Osaka and Viktorija Golubic have never crossed paths on the tour before, so their head-to-head stands at a 0-0 deadlock.

That said, Golubic has a strong forehand with which she will hope to go toe-to-toe with the Australian Open champion from the back of the court. The Swiss could also trouble the Japanese with her variety. Golubic likes to slice the ball and hit dropshots frequently, which could disrupt Osaka’s rhythm from the baseline.

But as long as the World No. 2 can maintain a steady level of play, she should be able to easily see off the Swiss’ challenge.