Need to punch way beyond our weight to make a mark in Tokyo Olympics - Fairplay News - Latest sports updates, scores and cricket news. 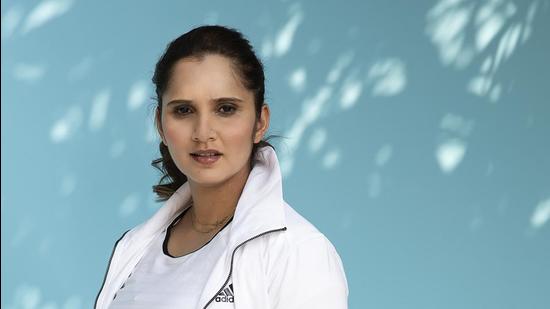 Tennis star Sania Mirza is all set to compete at the Olympic Games for the fourth time, becoming the second Indian woman to do so. And for her, the greater accomplishment comes with greater responsibility.

Mirza, who left on Monday for the much-delayed tournament in Japan, will be representing India with Ankita Raina at the Women’s Doubles Tennis at the Tokyo Olympics, which kicks off today.

“Ankita will be playing for the first time against some of the best players in the world and on a big stage. She’s a fighter and understands that we’ll need to punch way beyond our weight to make a mark against odds in Tokyo,” says Mirza, 34.

Her stint at the Olympics this year is more special, as she’s joining the games for the first time after becoming a mother.

“I’ve always wanted to carry on with my professional dream even after my marriage and the birth of my son (Izhaan). I’m happy and proud I’m able to live my dream,” gushes Mirza, who delivered her first child in October 2018.

Last year, with Covid-19 outbreak bringing the world to a halt, the Tokyo Olympics were also postponed, much to the disappointment of many. That has been the case for Mirza as well, but she spent her time working on her and getting better.

“I’ve been working on my game and fitness in Dubai for the last few months. I also got to play a few tournaments including Wimbledon although admittedly, I would’ve liked to have played a few more matches. But one has to accept the situation and try to do one’s best under the given circumstances which are far from ideal.”

Mirza, who got married to Pakistani cricketer husband Shoaib Malik in 2010, concludes with a message for all.

“If you want to achieve, then you have to be ready to sacrifice. But you also need the support of your husband and family in order to pursue your dreams,” she signs off.