On a slightly slippery slope,’ Chopra says 31-year-old batsman may need to ‘score a century’ in 3rd ODI 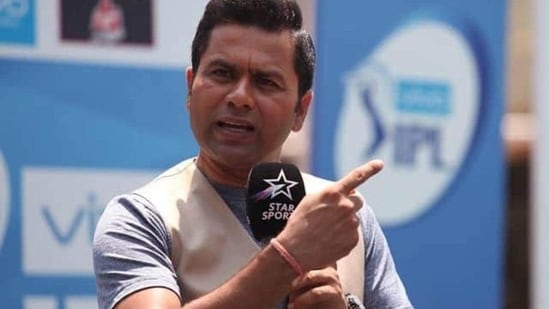 The Indian cricket team have performed splendidly in their tour of Sri Lanka so far. The young Indian side led by Shikhar Dhawan, have taken an unassailable 2-0 lead in the three-match ODI series after recording a gutsy come-from-behind victory in the second ODI. There have been several noteworthy performances in the series so far with Prithvi Shaw, Ishan Kishan, Deepak Chahar. Yuzvendra Chahal and Krunal Pandya impressing.

However, there is still one concern for the Indian team and that is the form of middle-order batsman Manish Pandey. The 31-year-old has been in and out of the side in recent years and has a chance to cement his spot in the side for the upcoming T20 World Cup. He has batted at the no. 4 position for India in the first two ODIs but hasn’t been able to score big.

Former India batsman and commentator Aakash Chopra talked about Pandey’s form as he maintained that the batsman might have to score a century in the next match to strengthen his case of a position in the T20 World Cup.

“Pandey ji will have to score a century in the last match if he has to strengthen his case. Manish Pandey is on a slightly slippery slope. He is a good player, we all like him because he gives his 110 percent whenever he is on the field, puts in the dives, he is a gun fielder, one of the best that India has,” Chopra said on his channel.

“He has batted okay in both ODIs, he did get out playing a bad shot in the first ODI. That is something I felt bad about because he has been given the No.4 position in the Indian ODI batting lineup, no one gets it because there is such a long list of good players, it is enough even if you get to play and if you get, it is at No.5 or No.6.”

Chopra continued to say that Pandey was unlucky to get run-out in the second ODI as he was looking good. Pandey was batting on 37 and was the non-striker’s end when Suryakumar drove straight towards the stumps. Dasun Shanaka managed to get a finger to it and Pandey was caught outside the crease.

“In the second innings, he was so unfortunate that you and I can’t really complain. The expectation is that he scores runs in the third match and consolidates his position. He has done just about enough that you will keep his name in the reckoning but the road ahead is not easy.”

“The player who came after him, 31 not out in the first match and more than fifty in the second match. The player who went above him scored fifty in the first match and got dismissed in the second match. When you have a fight like that and Shreyas Iyer is sitting out, he will also come. Rahul, Rohit, Shikhar Dhawan, and Virat Kohli – these four anyways play, Rishabh Pant, Hardik Pandya – there are very few places,” Chopra concluded.