‘Rahul sir didn’t say anything, went with my instincts’ Prithvi Shaw on knock against Sri Lanka in 1st ODI 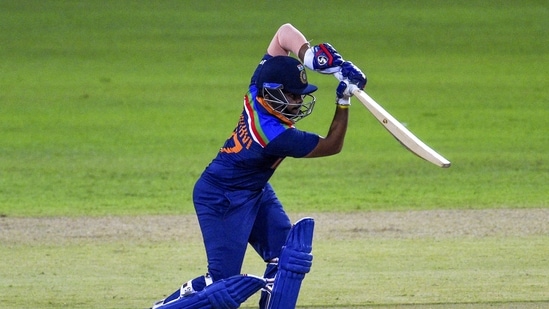 Prithvi shaw on Sunday was back in India’s ODI setup with a bang. Batting against Sri Lanka in the series opener in Colombo, the opener played a ravishing knock of 43 runs off just 24 deliveries and bagged the Player of the Match award.

It was a comeback game for Prithvi after getting dropped from the team after a poor game in Adelaide, during the Test series Down Under. The right-hand batsman got a spot in the playing XI on the back of some rollicking performances in the domestic circuit followed by the IPL 2021. And on Sunday, when he took the field against the Lankans, he left no stone unturned in foiling their bowling attack.

After registering a 7-wicket win in the first ODI, Shaw spoke about the instructions received from coach Rahul Dravid before walking out to bat.

“Rahul sir didn’t say anything, I just went with my instinct and waited for the loose balls. Obviously wanted to keep the scoreboard ticking and yeah. Pitch was very nice. The first innings also was good but I think it got better in the second innings,” said Prithvi at the post-match presentation.

Prithvi looked in a great touch until he was hit on the helmet by one of Dushmantha Chameera’s delivery while batting on 43. The blow was so massive that it broke the neck guard of the helmet. IN the next over, he played a miscued shot against Dhananjaya de Silvaand ending up getting caught by  Avishka Fernando at long-on.

Speaking about his dismissal, Prithvi said, “I enjoy batting against pace. Maybe after being hit on the head I lost a bit of focus.”

After Prithvi’s dismissal, Ishan Kishan slammed a fifty on his ODI debut while Dhawan scored an unbeaten 86 off 95 balls to guide India home with 13.2 overs to spare.

India, after taking a 1-0 lead in the series, lock horns with Sri Lanka in the 2nd ODI on Tuesday at the same venue.