Sania Mirza/Ankita Raina crash out at the very first hurdle 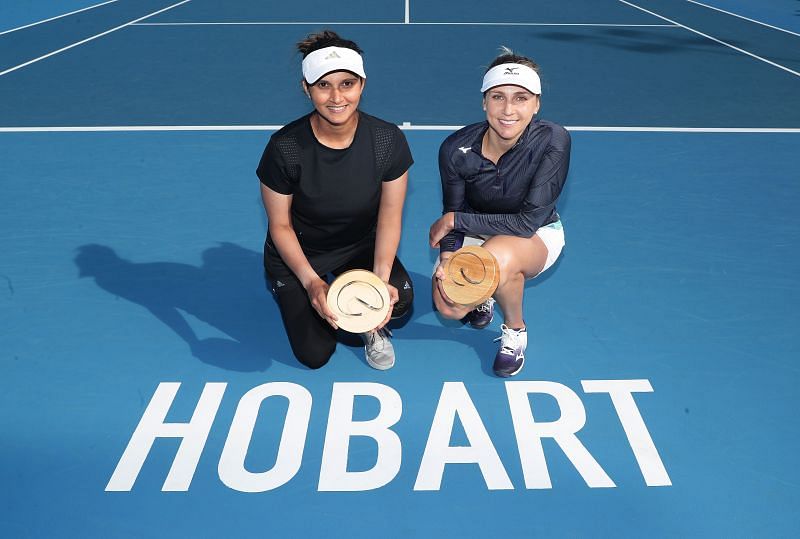 The Indian women’s doubles duo of Sania Mirza and Ankita Raina have bowed out of the 2021 Tokyo Olympics in the first round. Mirza and Raina suffered a 6-0, 6-7(0), [8-10] defeat at the hands of Ukraine’s Nadiia and Lyudmyla Kichenok on Sunday.

The pair were looking to follow in the footsteps of Sumit Nagal,, who came through a tough three-set victory over Denis Istomin on the opening day. But they had a complete breakdown in the second half of the match, losing 17 points on the trot at one stage to go down 0-7 in the third-set shootout.

It was always going to be tough to recover from there, and although Mirza and Raina did well to get back to 8-9, it was a case of too little too late.

It was a different story in the first set, as Sania Mirza-Ankita Raina delivered a bagel

Playing against the Ukrainian duo in the first match on Court 11 at the Ariake Tennis Facility on Sunday, Sania Mirza and Ankita Raina raced to a first-set bagel. Both women were absolutely dominant on serve and didn’t give their opponents any look at break points in the opening set.

Some solid returns also earned them as many as five break points, of which they took three. The Indians kept the Ukranians onto the backfoot throughout; deep forehands and sharp volleys at the net had the Kichenok sisters gasping for answers.