Some of the stuff listed there is beyond comprehensible’: Mickey Arthur asks SL players to stay away from social media - Fairplay News - Latest sports updates, scores and cricket news.

Some of the stuff listed there is beyond comprehensible’: Mickey Arthur asks SL players to stay away from social media 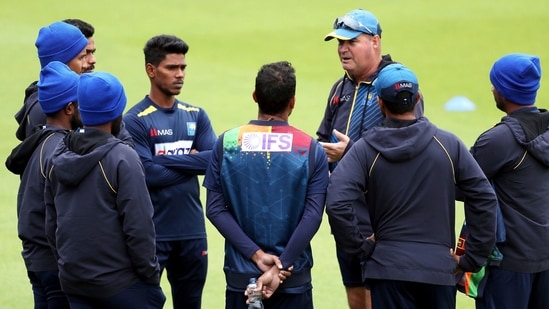 Sri Lanka head coach Mickey Arthur has advised his team’s players to stay away from social media. The Lankan players have been receiving flak for their below-par performances recently. They were whitewashed in England and then, lost the ODI series 2-1 to India at home. Before heading into the T20Is against the Shikhar Dhawan-led side on Sunday, the players were asked by the coach to maintain distance from social media, in order deal with the criticism.

During the pre-series briefing on Saturday, Arthur asked his boys to just ‘stay off it’ as several things are ‘beyond comprehensible’.

“Some of the stuff listed there is beyond comprehensible. My advice to the guys is – just stay off it. You get absolutely hammered on it, there is only one way to handle it and that is not to look. So, my best advice is to just get over it because there are some idiots there who think they know exactly what’s going on, when in fact they know nothing,” Arthur said.

After losing the first two ODIs against India, the Lankans came back stronger and thumped the visitors with a 3-wicket win on Friday to avoid a series sweep. Though Arthur was happy with the growth of his players, the Lankan head coach acknowledged that the boys have to be more consistent.

“We are creating depths across all the departments now. We just have to get that little bit of consistency and that same depth into our batting, the growth I have seen in these players has been fantastic and the growth comes from giving them confidence and giving them that consistency that they are going to play. We will see the rewards of that in the future for sure,” he added.

India and Sri Lanka will lock horns in the opening tie of the 3-match T20I series on Sunday at the R Premadasa Stadium in Colombo.