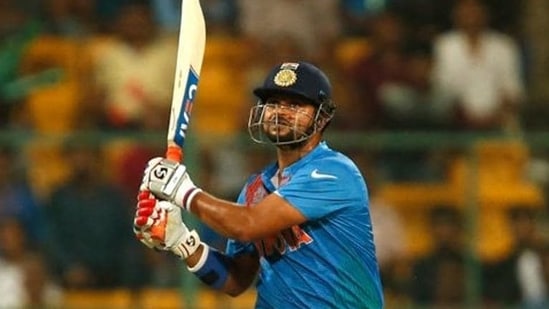 The 2011 ICC World Cup was a campaign that will remain etched in the memory of both the Indian cricket fans and the players who were involved in it. India under MS Dhoni’s captaincy were one of the outright favourites for the title but before that tournament no host country had ever won the trophy, apart from Sri Lanka in 1996, who had co-hosted the tournament and played all of their knock-out games away from home.

The pressure was on the home team from the word go and it became more intense once the knock-out stages started. One man who came into his own in the knock-out phase was middle-order batsman Suresh Raina.

Raina’s availability in the number 7 spot was a huge bonus for the team as he provided an attacking batting option late in the order. The southpaw played a vital role in India’s quarter final chase of 261 runs against three-time defending champions Australia, as he chipped in with a timely unbeaten 32 off just 28 deliveries to ease the pressure of a tricky run chase.

But his biggest contribution of the tournament came in the semi-final at Mohali, against arch-rivals Pakistan. Sachin Tendulkar’s 85-run knock at the top of the order gave India a good start but Pakistan fought back by picking up wickets at regular intervals to slow the run-rate down. At one point it seemed like India would not even post 250 on the board as Wahab Riaz blasted through India’s middle-order.

But Raina showed great maturity as he batted with the tail and scored a precious unbeaten 36 to propel the score to 260. It was eventually enough as India beat Pakistan by 29 runs to reach the final. Speaking to sports broadcaster Star Sports on the show ‘Cricket Connected’, Raina recently referred to that match as his most memorable moment of the 2011 campaign.

“I think the match against Pakistan in 2011 World Cup is the most memorable one. India had to win the semi-final as the game was crucial for both teams. Pakistan was on top of the pool, as they played a lot of matches in Sri Lanka.

“Definitely, I would say 2011 (was most memorable). After that, our team got stronger and we never lost against them in the World Cup. 2011 World Cup was critical because we were playing the tournament on our home soil and we had pressure to play one more game in the final,” Raina said.

Raina also spoke about the pressure that comes with playing against Pakistan.

“The emotions were different but, we all managed to stay calm. When you’re playing against Pakistan, you make sure you give your best. You need to give it back to your team; you need to work hard on your intention, planning, and every other thing. We worked hard, and the whole team did well,” he added

India would go on to lift the trophy in Mumbai after beating Sri Lanka in the final.

Raina has represented India in 18 Tests, 226 ODIs and 78 T20Is. He was the first Indian to score a century across all three formats of international cricket.