There can be just one competition if Dravid says he wants to be India's coach: Former India batsman Aakash Chopra - Fairplay News - Latest sports updates, scores and cricket news.

There can be just one competition if Dravid says he wants to be India’s coach: Former India batsman Aakash Chopra 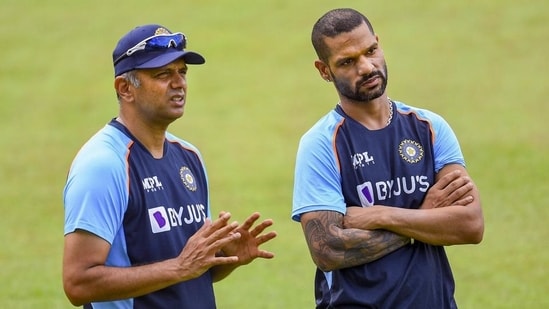 Rahul Dravid’s stint as the Team India head coach during the ongoing Sri Lanka tour has been much celebrated. The former India skipper was earlier the coach of India’s U-19 World Cup-winning team and also the India A teams in the recent past. He has been credited with transforming the Indian youth cricket setup and nurturing a number of young talents, who have gone onto represent India at the international level.

Fans have started speculating on him becoming the head coach of the senior team in the near future. Current Team India head coach Ravi Shastri has been one of the most successful Indian coaches of all time and he is likely to stay in the position for the foreseeable future. However, a lot depends on India’s performance in the upcoming T20 World Cup.

Former India batsman Aakash Chopra talked about the possibility of Dravid taking over as head coach from Shastri. Chopra maintained that he doesn’t think Dravid is going to put his name on the list.

“I don’t think Rahul Dravid is going to put his name on the list. There can be just one competition if Rahul says he wants to be India’s coach. If he wants, then it will be a strong fight.”

“But if Dravid doesn’t put his name, whoever puts his name on that list, he will not be able to stand in front of Ravi Shastri, that is what I believe but then we shall find out.”

“I don’t think there is going to be any change. I feel Ravi Shastri will continue. Just because there is a process, applications will be invited, there will be some recce. I don’t see a change in the offing, to be very honest.”

“There is another T20 World Cup within a year of this T20 World Cup and there is a 50-50 World Cup a year after that. You have reached the World Test Championship final and the team is doing alright, then why change.”