They point out to Sehwag and Richards’: Former Pak captain on how Prithvi Shaw can improve consistency - Fairplay News - Latest sports updates, scores and cricket news.

They point out to Sehwag and Richards’: Former Pak captain on how Prithvi Shaw can improve consistency 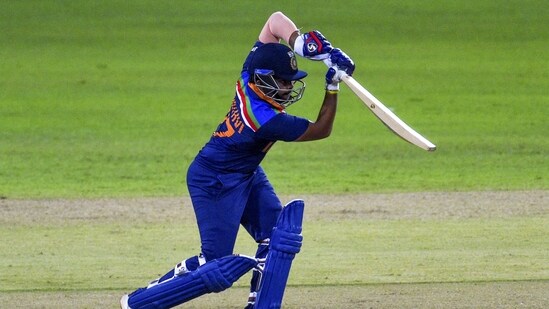 One player that has been earmarked for success on the cricketing field is 21-year-old Prithvi Shaw. The Under-19 World Cup-winning captain has been earning plaudits for his displays with the bat for several years. Even in his youth days, Shaw was a highly-talked-about talent in Indian cricket. He made his jump to international cricket but it hasn’t been a smooth ride for him.

There is no doubt about his talent but Shaw has been criticised for his consistency and technique. He was dropped from India’s team after a hapless display in the first Test in Adelaide but has bounced back strongly to earn his place in the ODI team. He has looked in great touch in the ODI series against Sri Lanka but hasn’t been able to make big scores.

Former Pakistan captain Salman Butt talked about Shaw and his constant comparison with Virender Sehwag and Viv Richards. Butt said that Shaw needs to perform consistently to be talked about in the same vein as the legendary cricketers.

“Some fans feel it is wrong to ask Prithvi Shaw to alter his game. They point out to Virender Sehwag and Viv Richards, who succeeded by playing their own brand of cricket. When you start producing results, you can stake a claim to a particular style of play being yours. You have to score big runs and hundreds to justify a different kind of mindset while batting,” Butt said on his video.

“Look at the gap between Richards and Sehwag’s careers. It took nearly 10-15 years after Richards for the cricket world to see a player with a similar attacking mindset in Sehwag. Richards scored 180 in England at a time when 225 was considered a good ODI total. Sehwag scored two triple hundreds in Test cricket and averaged over 50 for most of his career. Just by playing like them, one cannot become a Sehwag or a Richards. You have to put up that kind of a performance.”

Butt continued to say that Shaw plays too many shots early in his innings and needs to convert starts into big scores.

“To give himself stability, a youngster has to convert starts. Talking of Prithvi Shaw, I saw him playing one-dayers for India in New Zealand as well. He used to hit three-four cracking boundaries and then get out. So, when something is not letting you continue and stopping you from making a big score, you need to modify it. You first need to score runs and then shape up in your own style,” Butt continued to say.

“He has all the strokes in his repertoire, but Prithvi Shaw is playing too many shots too early. He needs to take into consideration factors like time, pace, wicket and opposition and manage his innings accordingly. Even the great Sachin Tendulkar paced his innings as per the situation,” Butt added.