Top 5 active players Cristiano Ronaldo has played with so far 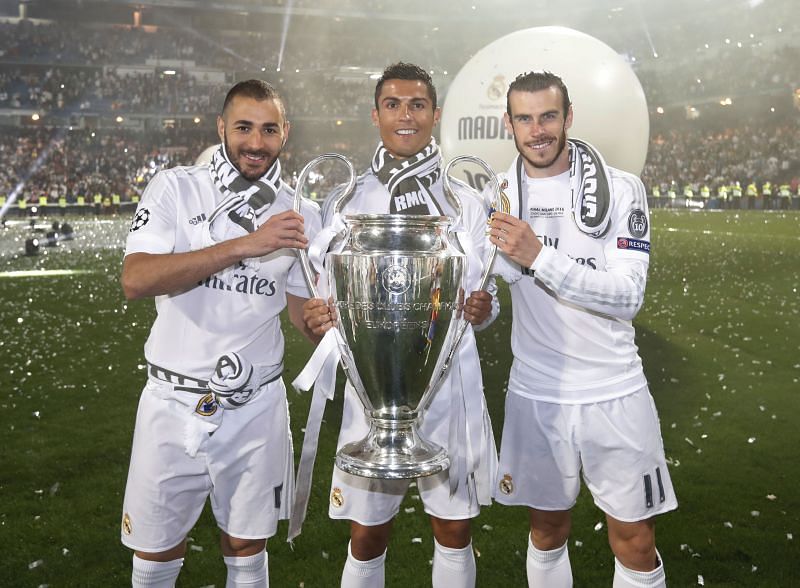 Cristiano Ronaldo is arguably one of the best players to have graced the game. He has achieved success at all his clubs – Sporting CP, Manchester United, Real Madrid and Juventus – as well as on the international stage with Portugal.

Throughout his glorious 18-year career, he has also had some world-class teammates who won trophies aplenty alongside Ronaldo. A few of them have retired, but others are still active.

On that note, here’s a look at the five best active players Cristiano Ronaldo has played with.

Gareth Bale is not the same player he once was, but the Welshman enjoyed a memorable stint with Cristiano Ronaldo at Real Madrid.

Signed for a then-world-record fee of £80 million from Tottenham Hotspur, the winger came with a lot of promise and certainly delivered the same at Madrid in his early years.

He helped Real Madrid win the La Decima in his first year before netting twice in the 2018 final against Liverpool as Los Blancos completed the Champions League three-peat. Bale has played 156 games with Ronaldo.

Pepe is one of the most underrated centre-backs in the game. The Portuguese ace may not be the most liked player, but his on-field performances have been legendary.

He reads the game unlike any other and never hesitates to put his body on the line. Pepe has scored a few goals from set-piece, underlying his aerial prowess.

Pepe has played 330 games with Ronaldo for club and country, including the Euro 2016 final, which the Selecao won.
Tags: Cristiano RonaldoGareth BaleLa DecimaPepeTottenham Hotspur

Sania Mirza/Ankita Raina crash out at the very first hurdle