'Viru used to be there but this player'Chopra details most impressive aspect of Shaw's knock in 1st ODI vs Sri Lanka - Fairplay News - Latest sports updates, scores and cricket news. 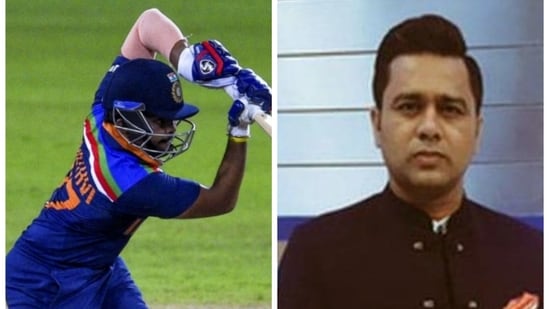 Prithvi Shaw returned to the Indian side after seven months when he featured in the first India vs Sri Lanka ODI in Colombo on Sunday. And the swashbuckling right-hander made the most of his opportunity as he made a fluent, boundary-laced 43 off just 24 balls to take home the ‘Man of the Match’ prize. Reacting to the innings, Aakash Chopra said “he is from a different planet”.

“It seemed the momentum will be with Sri Lanka but Prithvi came, Prithvi ‘Shaw Prithvi conquered. He is from a different planet. I am a huge Prithvi Shaw fan because you will not get a batsman like that in entire India.”

The cricketer-turned commentator also quipped that Shaw carried the good from the Vijay Hazare Trophy to IPL 2021 and brought it further to this tour, which consists of three ODIs and as many T20Is.

“Viru (Virender Sehwag) used to be there but this player, 43 runs in just 24 balls, and it seemed without breaking a sweat, without taking chances, only on the rise and through the gap. I mean what a player. 2021 has been in this player’s name, from the Vijay Hazare Trophy to the IPL to now,” elaborated Chopra.

Leading Mumbai in the 2021 edition, Shaw set the record for the most runs scored by a player in a single Vijay Hazare Trophy season. He amassed 827 runs, including a double century along with three other centuries, en route to leading his side to the title.

Moreover, he was also in form in the IPL, before the season was suspended due to the Covid-19 outbreak in the league, scoring 308 runs in just eight matches.

The second ODI will be played on Tuesday, July 19 at the same venue.

India vs Sri Lanka 1st ODI: 'Told everyone I will hit first ball for a six' - Ishan Kishan reveals his strategy on debut