‘Want to match the consistency that this team has’: Nagwaswalla on utilising experience of ENG tour in domestic cricket - Fairplay News - Latest sports updates, scores and cricket news.

‘Want to match the consistency that this team has’: Nagwaswalla on utilising experience of ENG tour in domestic cricket 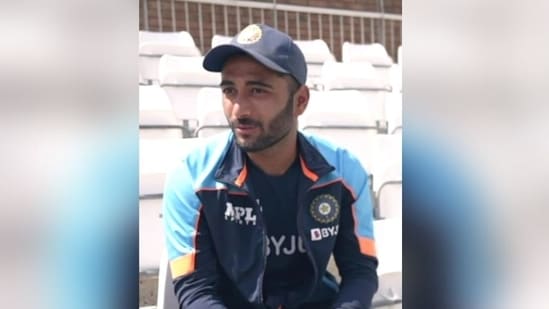 Under the leadership of Virat Kohli, the Indian cricket team is gearing up for the much-awaited 5-match Test series against England, which begins from August 4 in Nottingham. The players have begun preparing for the tour. The majority of them also participated in a 3-day warm-up game against a County Select XI and produced some decent performances.

The tour will be a great test of character for those who get a chance to play against Joe Root’s side. At the same time, it will be a massive learning experience to the reserve players who have travelled to the UK with the 20-man squad.

Arzan Nagwaswalla is one such player who is delighted to train with the likes of Virat Kohli & Rohit Sharma. The Gujarat youngsters became a part of the touring party following his impressive outings for Gujarat in domestic cricket.

In a video shared by the Board of Control for Cricket in India (BCCI), the 23-year-old summed up his experience and spoke about how it will benefit him in the domestic circuit.

“The learning that I got from seniors so far is that stick to your process and keep following it, no matter what the situation or the condition is. It has been a very good experience so far. I have talked to almost everybody in the team. Everyone has been so polite and kind to me. I am happy for the experience that I have had till now and I hope to carry on the same feeling,” he said.

Nagwaswalla hopes to become a successful bowler with an enriching experience and would focus on improving with every day.

“I just want to improve each and every day. I want to match the level of fitness and consistency that this team has. Once I go back to the domestic team I want to be one step ahead,” he said.

Nagwaswalla was accompanied by pacer Prasidh Krishan who is also present in England as a backup player. After a commendable ODI debut earlier this year, Krishna is just glad to have grabbed the chance to be a part of Team India against England.

“I have been playing red-ball cricket after almost one and a half years. Coming here and bowling against the best in the country, there is nothing like it. You are challenged every single day,” said Krishna.

Everyone was in quarantine for a long time: Dhawan reveals why India fielded five debutants in third ODI against SL