‘We can pick two more teams and win any competition in the world’: India all-rounder Hardik Pandya 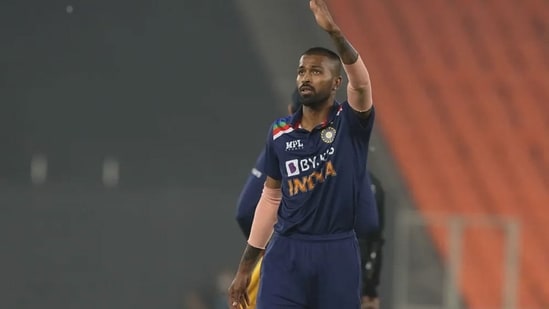 Hardik Pandya said India can now field two more teams that can win any competition in the world. Pandya’s words came minutes after India handed debuts to five cricketers in the third and final ODI at the R Premadasa Stadium in Colombo on Friday.

“The kind of talent which the Indian team possesses right now, I think we can pick two more teams and win any competition in the world,” Hardik told the host broadcaster.

Chahar and Samson have already played T20 Internationals for India but got their ODI caps on Friday.

The only time when India had five debutants in an ODI was against Australia in December 1980 at the iconic Melbourne Cricket Ground when spinner Dilip Doshi, Kirti Azad, Roger Binny,Mumbai stylish batsman Sandeep Patil and Tirumalai Srinivasan made their debuts.

Left-handed batsman and wicket-keeper Ishan Kishan and Mumbai’s Suryakumar Yadav had made their ODI debut in the first game at the same venue.

Pandya’s fitness and bowling form have been in focus in this series. The India all-rounder has not been at his best in the ODI series. He bowled 9 ODIs in the first two ODIs and was dismissed for a duck and 19 in the second and third ODI.

Speaking about his performance, the talented all-rounder said, he always tries to learn from his mistakes and grow both as a cricketer and also as an individual.

Australia-Windies 2nd ODI to resume on Saturday, series to conclude on July 26