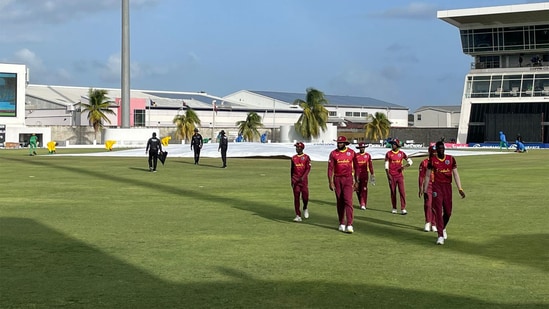 The West Indies-Australia one-day international series will resume on Saturday after the second match was postponed on Thursday because of the coronavirus.

The second ODI at Kensington Oval was suspended after Australia won the toss when an unnamed non-playing member of the West Indies squad tested positive. But negative tests came from all 152 people around the series, including both squads, match officials, event staff, and the production crew.

Talks on Friday between the cricket boards and Barbados health officials cleared the series to resume. The second ODI will be on Saturday with Australia batting first, and the scheduled third and last ODI on Saturday was moved to Monday.

“It has been a challenging two days and we have worked very swiftly and safely, following all the established medical protocols, to make sure that all necessary precautions are in place to ensure that we can go ahead to resume play safely,” Cricket West Indies president Ricky Skerritt said in a statement.

The West Indies is also hosting Pakistan, starting on Tuesday with a Twenty20 in Bridgetown, and CWI said it will talk with Pakistan about any necessary changes to the itinerary.